Searching For Peace In A Sea Of Gaming Rage 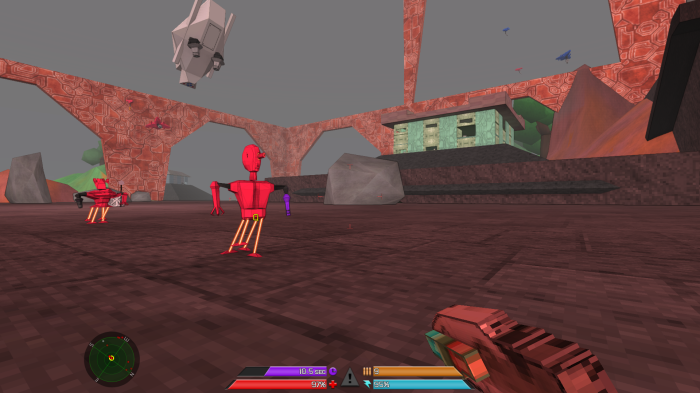 What even the hell? I have no idea when I bought 3089 but it must have been one of those $1 Steam sale games. I’m honestly surprised I picked it up at all since the graphics don’t really call to me and there isn’t anything in the Steam videos that would make it a must buy title. I played it for about an hour and then turned it off and went to breakfast with my wife.

Then I came back and I was looking at my Steam games list and feeling frustrated that the game just seemed so bad while the reviews were generally positive. So I did what I always do in cases like this, I hopped onto YouTube and found a couple video reviews and gameplay channels that covered 3089. What did I learn? The game has a lot to do but nothing is particularly deep. Still, these videos gave me an idea of how I should proceed so I decided to give 3089 one more hour in honor of the #backlog_slog challenge.

Six hours later I had beaten the game and was planning my next play-through. So what happened? Honestly I’m still not sure. The general flow of the game is that you go to quest terminals, pick up a single quest that you then do and get another quest. You do this until you get enough credits to upgrade your gear and enough skill points to improve your character to go a bit farther out and do it over again.

The quests are very simplistic. Literally “Go Kill Suzy. Once Suzy is dead go talk to Bob.” There are several types of quests, from kill quests to escort quests to spying (just looking at enemies walking in a circle) on an enemy, disarming a bomb, etc. There isn’t any flavor text for any of this though so it feels very underwhelming and “procedurally generated” which, like the rest of the world, it is.

The combat isn’t much better at first with the accuracy being extremely poor while the enemies have near pinpoint accuracy. Eventually though I learned to play the way the game wanted me to and the combat really started to click. That’s, I think, where my opinion of the game really turned around and I started having fun. The time rip ability really turned the combat into something that I looked forward to doing, and the better weapons and higher skill points helped too.

Another thing that helped my enjoyment are a few of the items. I’m not talking about the weapons and armor but the hoverboard, grappling hook and teleport gun. The hoverboard will zoom you around the map if you aren’t carrying too much. The amount of weight it can hold depends on it’s level. That goes double for the grappling hook which is a really cool way to move vertically up mountains or buildings. The teleport gun shoots a ball and when you right click you teleport to it which is super helpful for getting away from enemies or getting up a tower without fighting and losing health.

I played through generally putting all of my points into being a soldier. High guns, high health, high agility. My next play-through I’m either going to go as more of a pet class (high prestige lets you recruit more robots to follow you) or a pilot (pilot skill lets you fly and the higher it is I assume you do more damage or the game spawns better ships. Not sure yet). Or maybe I’ll go Rogue (high stealth and melee skill).

The game isn’t great, I’d say for most people to just pass on it. That said, if you watch the videos and you enjoy a sandbox game then give it a shot because for the cost it really was a lot of fun. I will say that the game ended very abruptly and I wish they had done just a bit more. Or let you continue playing after the ‘story’ ended.